Young designers often set impossibly high standards and lofty goals. Are they setting themselves up for early disappointment? Here’s our guide to the real entry-level designer’s life – and it’s got a lot of left turns.
The Dream:

First, you go to a recognized design school, develop your own brand of post-deconstructionist Swiss-grid page layouts which win all the student awards, and graduate with honors. Then, you do post-grad studies somewhere prestigious – Yale perhaps; hobnob with superstar professors and visiting lecturers.

You intern at a blue-chip New York design firm, do brilliant work, get noticed. After graduation, you’re hired on as an art director, then senior AD, then partner… You get your own office with an Aeron chair, Bouroullec furniture, the latest G5 computer with 30″ Apple flat-panel monitor, big sunny windows and a door that closes.

Of course you’re a brilliant team leader, respected mentor and teacher, volunteering after hours and during the summer to teach design to underprivileged, inner-city kids.

You publish your monograph and have your gallery retrospective. Every so often you jet over to London for drinks with Damien Hirst. You’re on the experts panel at several conferences; judge Print magazine’s regional design awards; do the lecture circuit when you’re not busy tending to your herb garden in Provence…and the alarm clock rings.

“Breakfast” is an energy bar purchased at the newsstand.

You pull up to a faceless glass office-park building and tumble blearily through the revolving doors: These are the Midwest offices of Acme Inc, your employer for the past three years since graduation.

Your office is a cubicle lined with outdated Post-It Notes and soundtracked by unavoidable gossip from Sales, one row over. Your latest pay stub sits on the desk, but you don’t open it; your $35K salary hasn’t budged since the last round of layoffs.

You design data sheets and catalogues for Acme’s line of industrial plastics equipment, with all the thrills that it entails. Though you didn’t train for it, you also handle the company Web site. Every six months or so, the CEO asks if you can make the Web site “more blue,” and makes worrying noises about how “a Flash intro would be really cool.”

Your computer is an aging, underpowered PC, and you had to fight with the IT department to get a 19″ monitor. The CEO has the latest Thinkpad hooked up to a 21″ IBM flatscreen because he’s the CEO, and no one can have a bigger monitor than him.

You suspect he uses it for Minesweeper.

So You Want To Be A Design Superstar?

We live in, arguably, a fantastic time to be in the design profession. The pages of STEP, Wallpaper, ID and HOW simply drip with hot, new, young influential designers who do cool stuff. They thrill us with their revolutionary aesthetics, impress us with their multimillion-dollar design/snowboarding/music businesses, and how they just won a plum contract to add some hip to a staid old Fortune 500 firm.

It’s heady and inspiring, and like MTV, an endless procession of youth and novelty. Presented in this carefully edited, glamorous way, design seems so easy, ripe for the plucking for anyone with a bit of talent.

If anyone can play guitar, the democratic access to design means thousands of students take up Rapidograph pens, CAD software and the Adobe Creative Suite. But are their superstar career expectations setting them up for a fall?

Reading some design forums online, I waded into several threads where junior designers chafed at having their brilliant ideas passed over by senior art directors, as if recognition was a right and not something to be earned. Others, more realistic, felt trapped by boring work that paid the bills; in an economic downturn, it’s not as easy to quit when you have debts and dependents.

Both groups want creative satisfaction from their work, but what’s been lost somewhere in the rush from mechanical to digital systems is the fact that what we do as designers is more often closer to Craft than Art.

Craft implies an apprenticeship, literally years spent learning from the masters. Those young kids in the glossy magazines are talented, but they’re also rare, more like child prodigies, gifted at 20 with a 50-something art director’s insight. They’re either demonstrating way-above-average drive, fierce competitiveness, or they really, really love what they do.

Michael Bierut is a senior partner at legendary design firm Pentagram. He’s arguably one of the top graphic designers and art directors on the planet. I asked him about his early years, and how he got from school to where he is today:

“While I was in school [University of Cincinnati], I interned once at an old-school ‘commercial art studio’ that I found very depressing; I was lucky afterwards to do other internships with Chris Pullman at WGBH in Boston and Dan Bittman in Cincinnati, two guys that I found very inspiring.

“My first real job out of school was working as the lowest-level design assistant at Vignelli Associates – mixing solvent into rubber cement, making photostats for other designers, taping tissues on the top of mechanical boards, stuff like that. My first real ‘design project’ was a price list.

“I never had any illusions about why a client would come to Vignelli Associates. It was to work with Massimo Vignelli, not some kid from Ohio. So while I was working there I was scrupulous about doing things as Massimo would do them. Over time, I started developing opinions of my own, which Massimo endorsed enthusiastically, to his credit.

“I always kept very busy outside of the office, saying yes to any paying or non-paying job I could get my hands on. These projects became a vehicle for experiments, often disastrous, where I tried things I didn’t think would meet with approval from 9 to 5.

“I find it amazing that to this day I work with clients and other designers who I met on that first job. I feel I have been very lucky in my career.”

Christina Hagopian is an award-winning New York City designer with her own one-woman firm, hagopian ink. A ’90s-era graduate of Carnegie Mellon University, she outlines the differing terrain of the dot-com era:

“I attended Carnegie Mellon’s Summer Design program the summer before my senior year; while still in high school I worked on the yearbook, I designed every swim-team T-Shirt and school phone book cover. I entered in contests all the time, just to get work published.

“Carnegie Mellon gave me a solid foundation in problem-solving and design theory, and I was surrounded by overachievers, incredibly talented classmates (who are still my support group today) – it automatically gave me an edge in the workplace. But it didn’t necessarily prepare me for the realities of the working world.

“After graduation, I had major ‘stars in my eyes.’ I thought I would make a huge salary right out of college, be a star, get published in all the design annuals and have my own agency some day: that was the goal.

“My first job out of school was at a 5-man studio in Alexandria, VA. I worked there for a year; my boss paid me $25K with no benefits and made me feel like I was lucky to even have a job with him. Anytime I made a mistake, he’d say ‘See? This is why I pay you the big bucks.’ I learned what I needed and moved on as quickly as I could.

“At another place, I had a boss who made me do all the cutting and pasting for his jobs because his hourly rate was ‘too expensive for that kind of work!’ Meanwhile, I was working overtime on his stuff and he was going home at 5:00…There were so many low points. Having a client tell you they can’t continue to pay you, or worse, refuse to pay you for something already delivered; being laid off in the dot-com era with no jobs in sight – I could go on.

“That said, every job advanced me in a new direction. First at a small firm, then a year and a half at a medium-sized print/branding/interactive firm, then my third job was at global Internet consulting firm Razorfish. I needed to make each stop along the way in order to advance to the next, and gain the skills to have my own business.

“I achieved my goal, but it took a lot longer than I thought, and I had to pay my dues for a good four years before I achieved a position of respect. It also took at least my 3rd job to feel like I was living comfortably; I had student and other debts. It only took 7 years to be profitable!,” she says, laughing.

“I dreamed of having a big company, and today I’m a one-person business. Your goals change as you see the reality of it all. I’ve won awards, been published, but I’m still just trying to make my next project better than the last.”

The truth is that design superstardom is exceedingly rare – a flashy artifact of the media’s attraction to novelty, discontinuity, the exceptions to the rule.

This focus on a selected, lucky few distorts the everyday truth of most designers’ work. What we do is more akin to a craft or profession, and in a craft tradition, a lengthy apprenticeship, lifelong learning, and becoming a mentor to others are all par for the course. But it also implies no instant rewards.

If you’re a prospective design student or graduate, rest assured that attention to craft can earn you a very good living over time, even achieve a level of wealth if you are skilled, hardworking, have an ounce of vision and good management skills. It will most likely not rocket you into a six-figure salary until you’re well into your 40s. Even then, the work will often times be obscure, repetitive, and unglamorous, but it still needs to be done, and done well.

If you define success in broader terms like a lifelong career – then you would be wise to heed the words of Michael Bierut: “Do good design every chance you get, and surround yourself with people – bosses, coworkers, clients – who feel the same way you do.” 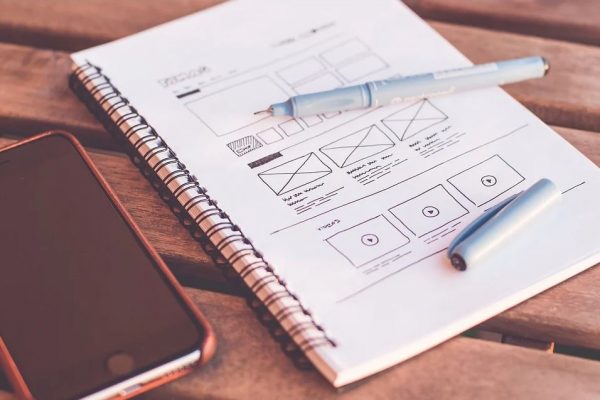 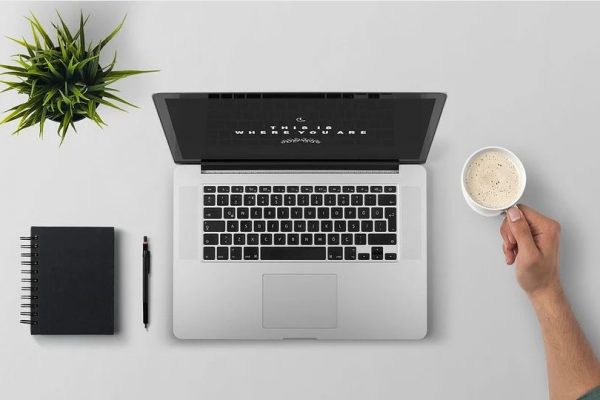 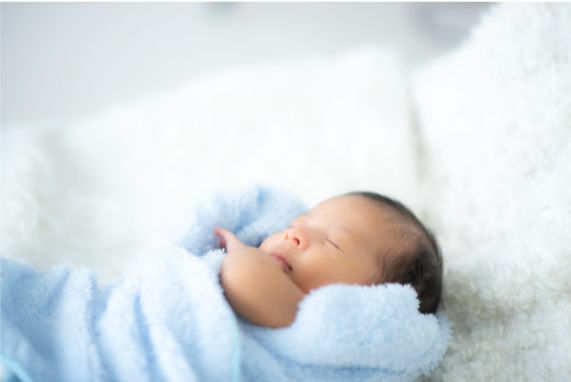